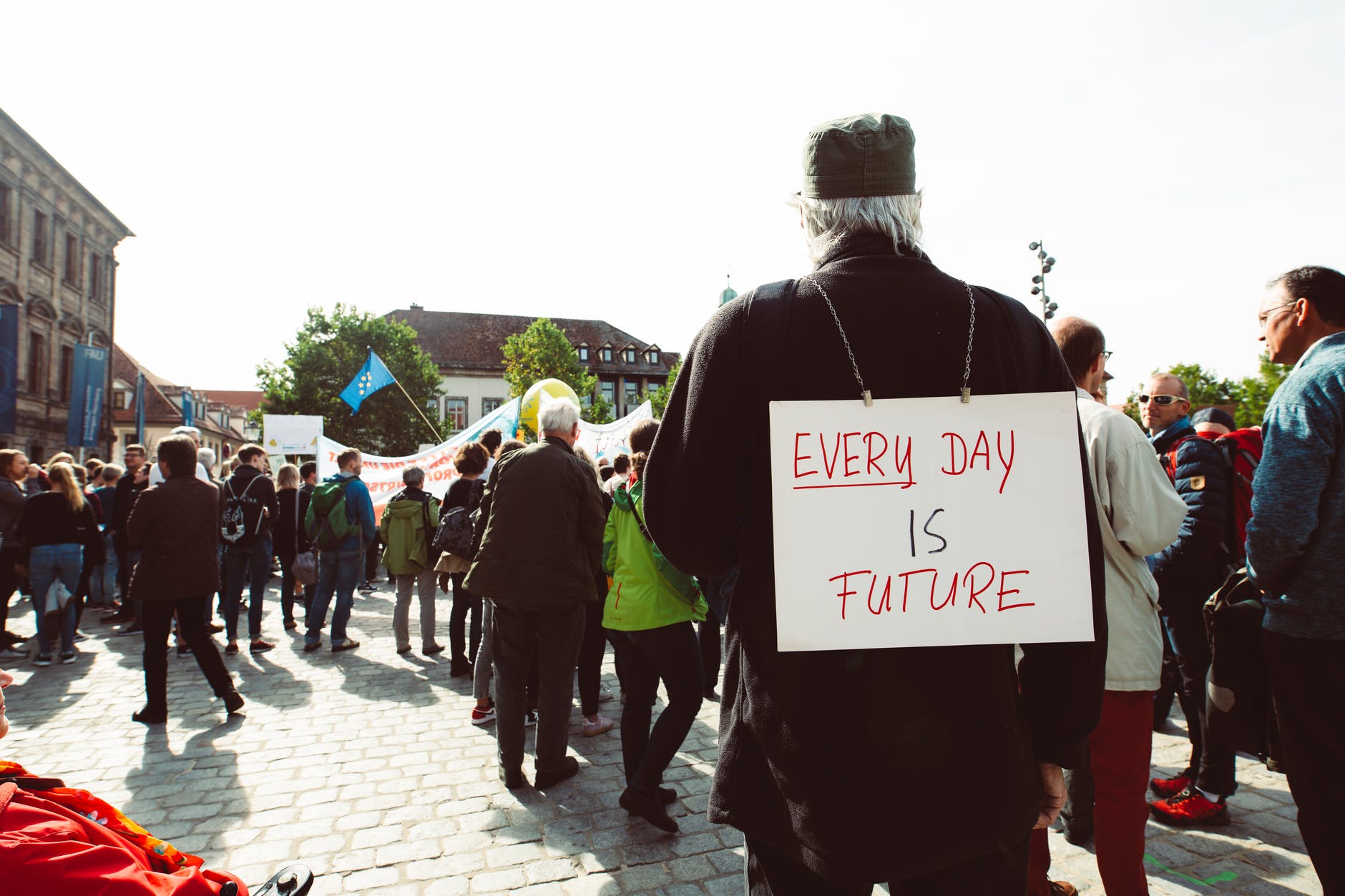 There are many views as to where liberal theology started and how it made its way into the Global Church. Some of the scholastic work goes back many, many centuries and is well worth the research. Academics have been exploring its origins and postulating its implications for over a millennium. Geography certainly played a role with regard to depth and scope, but most scholars agree that the prominence of progressive theology (what we see today) gained traction in the nineteenth century. It is to this point that I want to illuminate an overlooked worldview that has acted as a parasite in the area of science, politics, academia, and theology of the modern age: developmentalism.

Most people are unaware of the term developmentalism and its effect on every aspect of the secular world. The progressive ideology that has spawned cancerous worldviews like Marxism, Socialism, and now BLM and Antifa find all their roots in developmentalism. This was originally a capitalistic concept that had many useful economic footprints in third-world countries. It is out of this brainchild that monsters from the political left kidnapped its ethos and spawned a movement that has haunted humanity for almost two centuries.

So, what is it? Because of the intricacies in the mutation of this philosophy, we are providing a rather lengthy definition:

Developmentalism is a cross-disciplinary school of thought that gave way to an ideology of development as the key strategy towards economic prosperity…Developmentalism in the international economic context can be understood as consisting of a set of ideas which converge to place economic development at the center of political endeavors and institutions and also as a means through which to establish legitimacy in the political sphere. Adherents to the theory of developmentalism hold that the development of economic success in developing nations grants legitimate leadership to political figures who would not otherwise have the benefit of a social consensus regarding who should lead and how they should  conduct themselves in the international sphere…Using this theory, economic development is framed by modern-day Western criteria: economic success is gauged in terms of capitalistic notions of what it means for a country to become developed, autonomous, and legitimate.[1]

We know that was long for a definition, but it was edited down, believe it or not. Moreover, this is taken from an evolved definition of developmentalism that promotes capitalism as a virtue of developmentalism. The reality of this is true but the battle-lines of worldviews have mutated the notions of developmentalism. At the outset, developmentalism seems like a cogent, prosperous concept. One could argue that its foundations are good; “The philosophical foundations of developmentalism are found in the generations of ruminations on the ideas of ‘progress,’ ‘development,’ and ‘advancement.’ These concepts have been questioned, analyzed, and critiqued by ancient Greek philosophers, religious scholars, Enlightenment thinkers, twentieth-century scholars, and modern-day political scientists and policymakers.”[2] Its principles are old and have been critiqued by some of the world’s greatest thinkers. Sound good so far? Think again.

It is the perception of developmentalism that the left hijacked in the nineteenth century, turned on its head, repackaged, and sold itself as the progressive fight for the marginalized. It is out of this distortion that the liberal left extols its virtue of progress. “In the nineteenth century, developmentalism—the idea that evolving historical progress underlies everything—became widespread as the dialectical philosophy of G. W. F. Hegel, which shaped the social philosophy of Karl Marx, and the evolutionary theory of Charles Darwin attest.”[3] Here lies the rub, it is out of this distorted  theory of developmentalism that progressivism (as we know todya) was born. Progress without end is the modus-operandi of the left, including liberal theologians, with no end in sight.

Have you ever asked a progressive what they are progressing to, or when does the progression end? The idea that history is a continuum of evolving progress seeps into all facets of the political, educational, and theological fields. History and its evolutionary progression is the lens through which they view all aspects of life. Scholar Robert Nisbet writes, “Simply stated, the idea of progress holds that mankind has advanced in the past—from some aboriginal condition of primitiveness, barbarism, or even nullity—is now advancing, and will continue to advance through the foreseeable future.”[4] It is all about the progressive revolution without any respect or honor for the past, or how humanity got here. The past is viewed as antiquated, misguided, even prejudicial. We have seen how this has ruined governments and societies on a global scale.

This has been detrimental to the educational community. “Developmentalism is an educational doctrine that presumes natural development to be optimal and requires that teaching practices overcome a presumption that they interfere with an optimal developmental trajectory. It impedes efforts to hold schools accountable for student achievement in that it rejects or ignores research on best teaching practices.”[5] This also crept into our universities in the early part of the twentieth century and metastasized in the fifties and sixties (we wrote about this in an earlier article about the church and postmodernism: https://rratedreligion.org/2020/10/19/postmodernism-and-the-christian-church/ ).

This had an insidious effect on theology starting in the nineteenth and twentieth centuries. These principles led to varying approaches to biblical interpretation. One such was the historical-critical method, an interpretive technique led by several vital philosophical presuppositions that encompass developmentalism. “These presuppositions brought about two decisive shifts in the focus of biblical interpretation. First, rather than seek to discern what a text meant; many scholars sought instead to discover the sources behind it—the method called source criticism. Second, rather than accept the Bible as divine revelation, some scholars sought to retrace the historical development presumed to underlie it.”[6] The term criticism started to find itself at the foundational underpinnings of theological academia, alongside political science, social science, psychology, and gender/race studies in seminaries and universities.

Does the word critical sound familiar – critical race theory? See a pattern here? This worldview now pervades how we study the Bible and proclaim (kerygma) truth. “It inherited the rationalistic assumption from its seventeenth-century intellectual ancestors that the use of human reason, free of dogmatic limitations, is the best tool with which to study the Bible. Therefore, scholars treated the Bible as they would any other literature, not as God’s special revelation to humanity.”[7] Progressive attitudes toward Christianity no longer just operated against faith-based communities (which they continue to do vigorously) they now found inroads to our teaching methods and theology. William Wade Klein further explains:

In addition, the historical-critical method presupposed a naturalistic worldview that explained everything in terms of natural laws and excluded the possibility of supernatural intervention. Thus, scholars accounted for biblical miracles by means of the laws of physics, biology, and chemistry. Again, the approach believed that all history happens as an evolutionary process of development. Thus, its practitioners interpreted the history that the Bible reports along that line, viewing earlier eras as “primitive” and later ones as “advanced.” The historical-critical method further regarded the Bible’s ideas as time-bound truths, not timeless ones (the Bible merely records what people thought at the time). Finally, scholars assumed that the Bible’s greatest contribution lay in its moral and ethical values, not in its theological teachings or historical claims.[8] 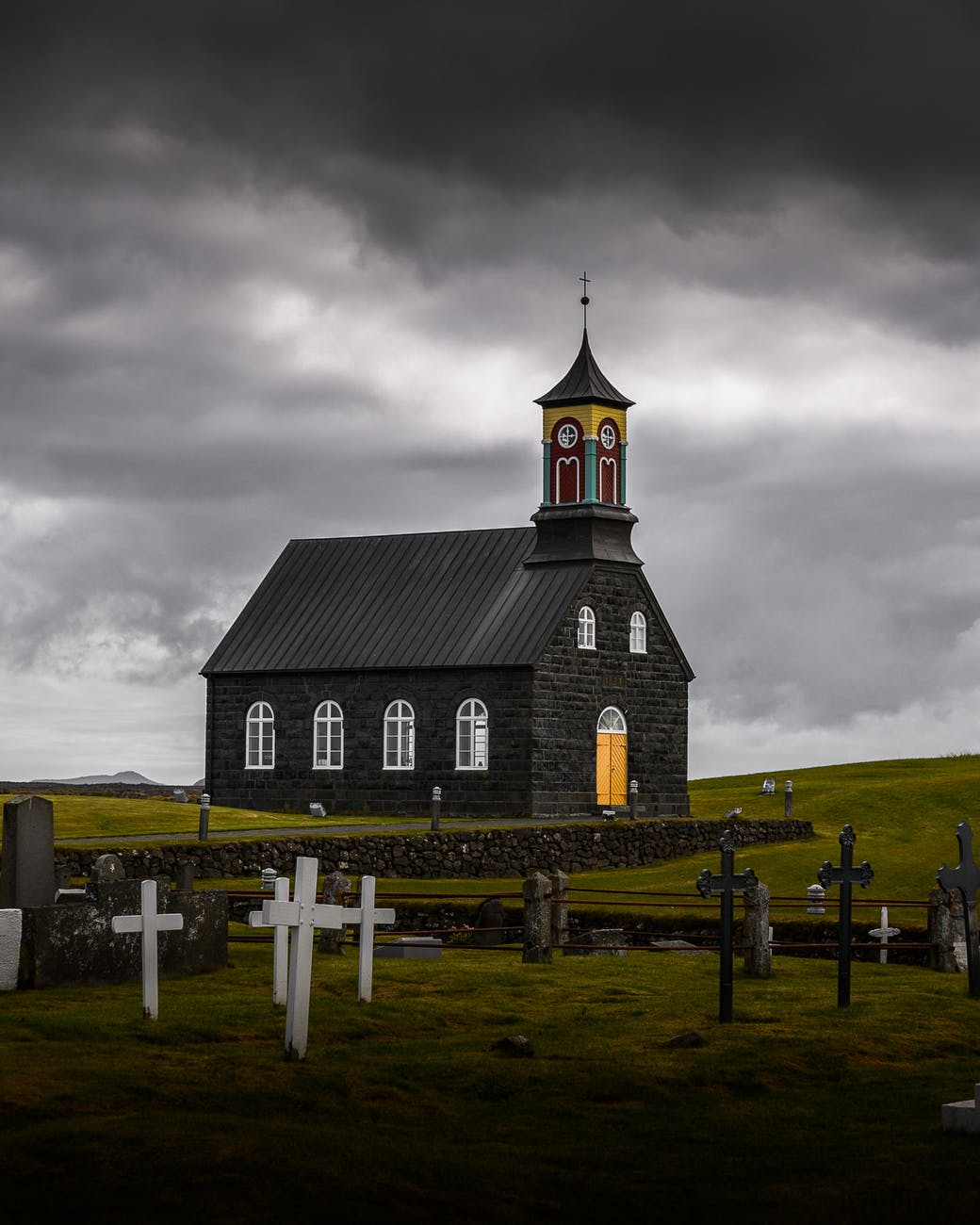 Now ask yourself if anything like this exists in your churches. Are people teaching these techniques in Bible study? Do the parishioners seek this in sermons? Are your faith-based communities supporting these worldviews? Is your pastor preaching anything like this behind the pulpit? If progressive values have entered your church, it will eat itself from within. Once your Church is compromised then the egg timer of destruction has begun and your stability within the community is on the way toward implosion. Liberalism from the pulpit = damnation from the pews.

Woke theology, liberation theology, social justice theology, liberalism, etc.… does not just show up in the church overnight. It takes years, even decades (in some cases centuries) of naïve leadership with a low view of God to allow these venomous ideologies to poison the spiritual wells of our institutions. The enemy is smart and cunning; El Diablo is not to be underestimated. The Christian community needs to better educate its congregants and expunge these charlatans out of our church communities and seminaries that promulgate these destructive and heretical worldviews. It is time to pick up our crosses and follow Christ. The first-century Christians did it under far more dangerous circumstances. It might be painful, it might be unpopular, and may even cost some freedoms but the truth of God’s word is worth so much more.

[4] Nisbet, Robert A. History of the Idea of Progress. Transaction publishers, 1980.